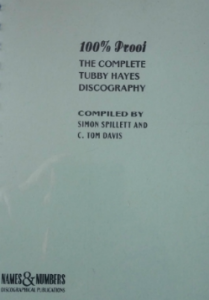 To call Tubby Hayes a workaholic would be a gross understatement. The precocious British tenor saxophonist’s recording career lasted just over two decades (1951-1973) but in that time he appeared on nearly 400 sessions, including live dates, broadcasts and studio performances. Considering that his recordings only started in earnest in early 1954, that he did not record for several months in 1968 and 1970, and that his final recording was made about seven weeks before his premature death in June 1973, it averages that Hayes was recorded about every 2 ½ weeks during his active career. The albums he made under his own name and as part of the Jazz Couriers make up a significant portion of those sessions (especially with the flood of posthumous releases) but Hayes’ numerous appearances on radio, TV and film shows that this already prodigious recording musician was a virtual workhorse. The only people that could be said to work harder than Hayes are those who attempt to catalog all of his recordings. A new discography (named after one of Hayes’ most famous compositions), “100% Proof” (Names and Numbers) finds co-authors Simon Spillett and C. Tom Davis digging through this enormous body of recorded work, with astoundingly accurate results.

Spillett is well-known among Hayes fans: he has written liner notes for many of the recent CD reissues of Hayes’ work, and earlier this year (2015) he published his long-awaited biography “The Long Shadow of the Little Giant” (Equinox). Davis has also been a long-standing part of the Hayes history. I have a lengthy print-out of corrections he provided to the previous attempt at a Hayes discography, compiled by Barbara Schulz and published by Blackpress in 1990. Schwarz’s book ran just under 100 pages, but included very few broadcasts. She provided updated information to Spillett and Davis for this new volume, and the additional contributions of over 100 musicians and researchers led to the new book’s size of 241 pages.

Discography can be a painfully tedious job, which requires an unusually high attention to detail. It is beyond the scope of this book review to dredge through this book line by line to find missing digits in catalog numbers or spotting an obscure reissue that somehow escaped the attention of the authors. To the best of my knowledge, no such errors exist, but the only way to really find potential errors is by working with the discography while researching the subject. Those who will undertake such a task—including myself—may well find such issues, but the authors have set up an e-mail address to send corrections. Considering the diligence that both Spillett and Davis have shown in their previous work on the Hayes legacy, I expect that new editions with corrections will turn up whenever necessary. Considering the fluid nature of discographical corrections, I am rather surprised that this book is being issued in a paper format rather than online. It seems to me that Tom Lord’s model of a constantly updated and cross-referenced online discography is the only sensible way to present this material.

That being said, I am quite impressed with the level of detail found within this volume. For example, page 37 lists a rather notorious 1959 session by the London Jazz Quartet with Hayes (doubling flute, vibes, alto and tenor sax), Alan Branscombe (doubling alto, tenor, vibes a 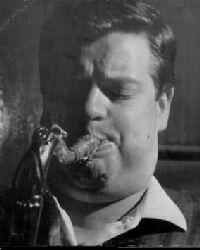 nd piano—never doubling on the same instrument as Hayes on any given track), Tony Crombie (doubling piano and drums) and Jack Fallon playing bass throughout. The music is not very distinguished: it was originally commissioned as music to play behind test patterns on British TV! The recordings were issued on a Tempo LP soon after the recording—we know that only because Tempo went out of business about a year later—and while the original album seemed to get the titles correct, several of the subsequent reissues bollixed up the titles. Spillett and Davis have attempted to sort the mess out with a table with the original Tempo titles and the various reissue titles. It’s a lot of work for a mediocre session, but Spillett and Davis have done it well. The book also lists many unissued sides recently discovered within the vaults of Universal Music. Spillett has known about much of that “unknown” material for years: when I met him at Ronnie Scott’s in late 2009, he told me about some of the out-takes from the album “100% Proof”, which were supposedly part of Universal’s recent find!

The best part of this discography is its superb coverage of the recent CD issues of Hayes’ classic recordings. Due to the copyright laws in the UK and Europe, sound recordings are only protected for 50 years after their recording dates (the laws have been recently changed to raise the protection to 70 years, grandfathering recordings that have already been issued under the old regulation). This means that many of Hayes’ recordings from the 1950s—although originally recorded for a variety of labels—can now legally appear in reissues under a single label. So, unless a collector simply must have the original 10” Vox LP of Eddie Thompson’s “London After Dark” (which included Hayes’ first commercial recording on vibes), the new discography shows that the same recordings can be found on CDs issued on the Jasmine and Acrobat labels (and the CDs cost significantly less than the original LPs!)

I’ve argued in these pages and elsewhere that the word “complete” should be banished from any jazz reissues. The very mention of the word seems to bring out undocumented sessions. The same can be said for this discography, since Hayes recordings (especially live sets from the mid-60s) seem to turn up with amazing regularity. Yet, as noted above, I have every faith in the efforts of Simon Spillett and C. Tom Davis to keep their discography as current as humanly possible. As with all discographers, they are indebted to the work of their predecessors (in this case, Ms. Schwarz) but it may be quite awhile before anyone will try to improve upon their work.