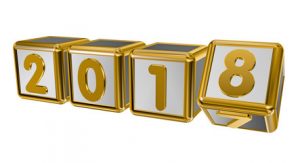 If we thought politics ruled our world in 2016, it only got worse in 2017. It has been a year of great divisiveness, but jazz musicians helped us, either by soothing us with wondrous new creations, or by reinforcing widely-held beliefs about the ineptitude of our political leaders. Early in the year, sexist comments by Robert Glasper enraged the jazz world, and as usual, we were just ahead of the rest of the world; by the end of the year, the #metoo movement brought harrowing revelations about sexual misdeeds in Hollywood, Washington, and across the country. So, to offer a temporary salve, grab some of the books, DVDs and CDs (yes, they are still around) and remember why we love this music so much. While you’re at it, drink a toast to the memories of those musicians who have left us in the past 12 months.

Best recordings, books and concerts of the year:
Listed in alphabetical order by artists/authors, top 3 picks for books, concerts and DVDs, top 5 for reissues  , and 15 each for instrumental and vocal CDs. The links will take you to the original reviews; they will open in a separate window so you won’t lose your place in this article.

A personal note:
This autumn, my all-time favorite jazz singer and dear friend Anita Wardell, toured the United States. Part of the tour included her first appearances in Denver and Chicago, and I was very proud to help produce these performances. My thanks to Donna Wickham, Susan Gatschet, Eric Smith, Barbara Kline, Pam Garramone, Chris Anderson, Bob and Sue Koester, Neil Tesser, Libby York and Mike Cunningham for their help and support. My greatest thanks go to Alyssa Allgood–who shared the stage with Anita in Chicago–and Anita herself. Your performance was mind-blowing!