Since I began collecting music some 35 years ago, I’ve witnessed a blinding 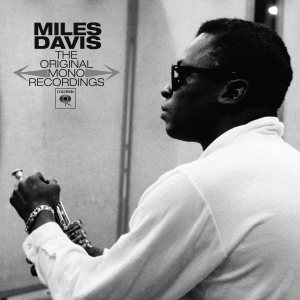 progression of new recording technologies. My library currently includes LPs, cassettes, CDs and MP3s (and in the past, has included 78s, reel-to-reel tapes and 8-track cartridges). Similarly, my video collection includes Beta and VHS tapes, laserdiscs and DVDs. While each of these mediums was initially hyped as the greatest technological breakthrough of its day, the truth is that few of these technologies completely eclipsed their predecessors. CDs offered longer running times and a greater programming flexibility than LPs, but for many listeners, digital sound was brighter and harsher than its analog counterpart. As a longstanding CD convert, I find it curious to witness the renewed interest in vinyl. To my ears, no amount of sonic “warmth” can overcome the LP’s inherent problems of scratches, pops, warps and inner groove distortion. But ultimately, it’s every listener’s decision whether a medium’s strengths outweigh its weaknesses. That being said, I am truly flummoxed by the upcoming release of a CD box called “Miles Davis: The Original Mono Recordings”. The box collects Davis’ first 9 albums for Columbia and Sony’s advance marketing claims that it presents the recordings “the way they were meant to be heard: in mono”.  I can’t fully decide whether this is Sony’s attempt to reach out to a neo-audiophile audience, or just another attempt to make us buy “Kind of Blue” again.

Stereo was never a bastard step-child. It was promoted and developed by all of the major recording companies, and many labels created stereo master tapes years before the advent of the stereo LP. In the early days, stereo recordings were made on portable tape machines while the mono recordings were made on the permanently installed tape decks in the booth. Sometimes, the stereo recorders would malfunction, and the companies would issue different takes on the stereo and mono LPs. As far as I know, there are no instances of such differences on any of the Miles Davis albums. So, without any unique music on the mono edition, the only difference is sonic. The set’s remastering engineer, Mark Wilder, told Down Beat that more care was taken in creating the original mono mixes than the stereo versions, and that the safety reels of “Milestones” were “a revelation” with greater clarity to Paul Chambers’ bass. He might be right, but it’s still single-channel (and thus, single dimension) mono. Of course, the earliest of these albums like “Round About Midnight”, “Miles Ahead” and “Jazz Track” were recorded in mono in the first place, so I doubt that there will be much difference from the older issues. But what of later albums like “Porgy and Bess”, “Kind of Blue” and “Sketches of Spain”? Are we really to believe that any amount of presence and clarity can make up for the lack of three-dimensional space that came naturally on the original Columbia stereo LPs? And in this age of digital technology, couldn’t the stereo masters have been remastered to reflect the sound of the safety tapes?

My cynical side tells me that Sony is issuing this set as a strictly commercial venture, assuming that consumers will buy anything with Miles Davis’ name or image, no matter what’s inside. But how much can Sony truly expect to gain from this set? All of the albums are still available as single CDs—and at a lower price than the boxed set. Further, the single CDs include important bonus tracks that are omitted from the box, such as the 1958 “Love for Sale”, the alternate take of “Flamenco Sketches” and the originally unissued material from the “Round About Midnight” sessions. In addition, consumers can also purchase boxed sets of the complete recordings of Davis with John Coltrane and Gil Evans which cover most of the music in the mono set. Some collectors who are more interested in artifacts than music might buy the mono box, but I’d imagine that they would rather seek out new or vintage vinyl editions of these albums. So, the audience for this set may be limited to mono die-hards and those who are curious about the mono mixes. Not exactly the formula for a major seller, is it?

Either way, it seems to me that Sony has gone to the well once too often with their Miles Davis reissues. It’s especially troubling to see this trend when Sony Music (which now includes the RCA labels) owns so much of jazz’s recorded legacy and has done so little to keep it available. Their chief competitor, Universal, has done an admirable job of reissuing classic jazz material from the Verve, Decca and Mercury labels, albeit sometimes only as MP3 downloads. Certainly, Sony could use some of its vast resources to reissue its best jazz albums. Frankly, I’d rather purchase a classic album that has never been reissued digitally (like Duke Ellington’s 1960 small group gem “Unknown Session”) instead of another remaster of “Milestones”.