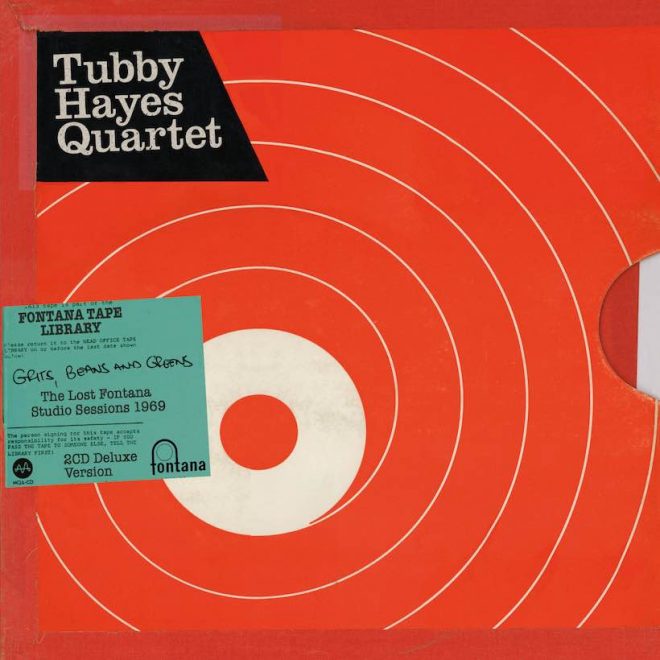 STAN GETZ: “GETZ AT THE GATE” (Verve 29739)
From the press release and the reviews generated by it, Stan Getz’ aggressive playing on the newly-issued “Getz at the Gate” will be a shock to many Getz fans, as it represents the tenor saxophonist’s “road not taken”. Well, yes and

no. For listeners with only a casual acquaintance with Getz (i.e., the bossa nova albums, “Sweet Rain”, etc.), Getz’ take-no-prisoners attitude in these live recordings from the Village Gate will certainly change their perception. However, anyone who has listened to Getz recordings from all periods of his career will have a number of favorite albums where the saxophonist is truly inspired and basically blows the roof off the house. My personal favorites include the Storyville live date from 1951 (especially “Parker ‘51”),  “West Coast Jazz”  (including “Shine”), plus his albums with Dizzy Gillespie and J.J. Johnson.

The two elements which make “Getz at the Gate” special  are the sheer abundance of material—over two hours of music recorded November 26, 1961—and the obvious source of Getz’ inspiration, drummer Roy Haynes. The album was professionally recorded by Verve, and the recording mix puts Getz forward in the left channel and Haynes forward in the right. This is as it should be, because Haynes acts as an equal partner, as he constantly needles Getz with insistent responses from his snare drum. From the first notes of the recording—an up-tempo version of “It’s All Right with Me”—Haynes never lets up, even to the point of keeping his commentary going on the snare rather hitting the crash cymbal (which would have signaled Getz to relax into the groove). Over the course of the night, Getz responded to Haynes with a series of outstanding solos—even on songs he had never recorded before. We can hear Getz teasing Haynes as he deliberately plays the opening theme of “Woody’n You” with a slight delay to the final notes, and at the end of the night, they play tricks on the audience before the last number playing snippets of “The Breeze and I” and “How High the Moon” with Getz playing the melodies with purposely wrong notes.

Getz and Haynes had played and recorded together in the 1940s and 1950s, and would play together again in 1966. The 1961 quartet was probably their longest time together. When Haynes joined the band, pianist Steve Kuhn and bassist Scott LaFaro were already in place. LaFaro was one of the most innovative bassists of his day. He was undoubtedly another source of inspiration for Getz, but shortly after the band played at the Newport Jazz Festival, the bassist was killed in a car crash. John Neves was quickly brought in as a replacement, and it was the Kuhn/Neves/Haynes rhythm section that backed Getz at the Village Gate that November night. From the sound of the recording, it seems that Haynes took on the sole responsibility of being the quartet’s spark plug. Certainly, Kuhn’s playing rises in quality when Haynes offers his commentary, and Neves’ solid time-keeping also benefited from Haynes’ presence. The band did not last long—it may have disbanded weeks after this recording—as Getz went on to record his first albums of Brazilian music. But Getz was never completely satisfied with the music that brought him untold success—he was known to publicly refer to one of his hit records as “Dis Here Finado”—and on several recordings later in his career (especially with Elvin Jones behind the drum kit) he would let loose with playing much like he played at the Village Gate. Taken in the proper context, “Getz at the Gate” is an important album, but not quite as revolutionary as claimed.

TUBBY HAYES: “GRITS, BEANS & GREENS: THE LOST FONTANA SESSIONS” (Decca 56877)
1969 was a terrible year for a jazz musician to stage a comeback, even one as popular as the British tenor saxophonist Tubby Hayes. From the early 1950s through the mid-1960s, Hayes was the best-loved jazz musician in England. In 1961, Hayes was the first British jazz musician to visit the US with the newfound cooperation of the British and American Musician’s Unions, and when he came home he taught his bands how to play the modal and free styles then sweeping the US jazz scene. However, jazz record sales were already falling off by the mid-60s and in 1967, Fontana, the record company for which Hayes was under exclusive contract, deleted all of the saxophonist’s albums from the catalog.  In late October of that same year, Hayes was stricken with jaundice and spent several weeks recuperating. And in mid-1968, Hayes’ apartment was raided and the saxophonist was arrested for possession of morphine. The press had a field day with the drug-related arrest, and Fontana made things worse by releasing Hayes’ latest record in the midst of the hubbub. The album is widely considered a masterpiece, but the title “Mexican Green” (referring to a strain of marijuana) was—at best—unfortunate. 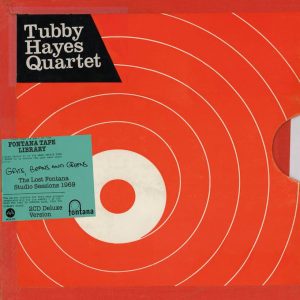 When Hayes emerged from this set of calamities in 1969, he had lost much of the weight that earned him his nickname, and he looked older than his age of 35. He put together a new group with guitarist Louis Stewart, bassist Ron Mathewson and drummer Spike Wells, and he tried to mend fences with Fontana by proposing a big band record featuring covers of rock and pop tunes. He also wanted to record his new quartet and a session was set for May 27, 1969. The results of that session are released for the first time on the deluxe edition of “Grits, Beans and Greens: The Lost Fontana Sessions”. Although at first listen, the music—3 consecutive takes of the Cy Coleman show tune “Where Am I Going?”—seems to be acceptable, Hayes was displeased with the results. For Stewart and Wells, this was their first recording session; Stewart had been drinking to calm his nerves, and Wells was unhappy about being isolated from the group and having to wear headphones. Reportedly, an argument ensued between Hayes and Stewart, and the rest of the session was scrapped. Soon after, Hayes enlisted his former pianist Mick Pyne to play on a gig in Stewart’s absence, and the results were so positive that the quartet went back into the studio on June 24, recording 77 minutes of music in a three-hour session (apparently, no one told Stewart about the recording date). The tense atmosphere of the May session was replaced with an energetic mood that lifted the entire ensemble. Mathewson plays with astonishing agility, switching between walking lines and free counterpoint with ease; Wells displays a remarkable adaptation of contemporary jazz drum styles; Pyne’s comping and solos sparkle with inspiration; and the loose and comfortable Hayes contributes a string of amazing solos.

Decca/Universal has released two editions of “Grits, Beans and Greens”, a single disc version with 35 minutes of music from the June 24 session, and a deluxe 2-CD edition which contain the complete session tapes from May and June. The single disc version feels like an album, with powerful performances of five tracks, three of which were written by Hayes. The deluxe edition has a completely different feel. After trying to nail one tune without success at the May session, Hayes took a different approach in June. He jumbled the selections, starting with a single take of the title blues, moving on to “For Members Only” (a piece played by most of this group in 1967), then after getting a full take of that, tackling “Where Am I Going?” again, then back to “Members” for another try. And so on. By not playing one piece to death before moving to the next song, Hayes kept the music fresh for the players (it also makes listening less of a chore!) And by comparing the May and June versions of “Where Am I Going”, the problem with the early session becomes clear: Hayes wanted the band to delineate the differences between the straight-eighth sections and the swing sections. In May, the styles just morphed together, but in June, there is a dramatic response to every shift of mood, and that simple change inspires every member of the band.

So why wasn’t this album released at the time? No one seems to know for sure, but Simon Spillett’s extensive liner notes offer many enticing theories. We do know that Fontana spent a lot of time preparing the big band album (titled “The Orchestra”) but never took the time to mix the quartet session tapes. As far as we know, Hayes never selected release tracks for the quartet sessions. To the dismay of Hayes and Fontana, “The Orchestra” was a critical and commercial flop, and since Hayes’ royalty statement showed sales of only 10 copies of “Mexican Green” in the last quarter of 1970, it was likely that neither party was interested in preparing a straight-ahead jazz album for release. However, the mistakes of the past are the benefit of the present. “Grits, Beans and Greens” is a superb collection. It  inspires with the still-contemporary sounds of the June recordings, and it is instructive in presenting Hayes’ methods in the studio. And as in the case of the Getz album above, listeners who only know Tubby Hayes through his virtuoso hard bop recordings of the 1950s will hear a different Hayes here: an artist whose style continued to evolve with exposure to the music of John Coltrane and Joe Henderson. More lessons will come later this fall, when Decca/Universal releases Tubby Hayes’ complete recordings for Fontana, including several previously unreleased alternative takes.