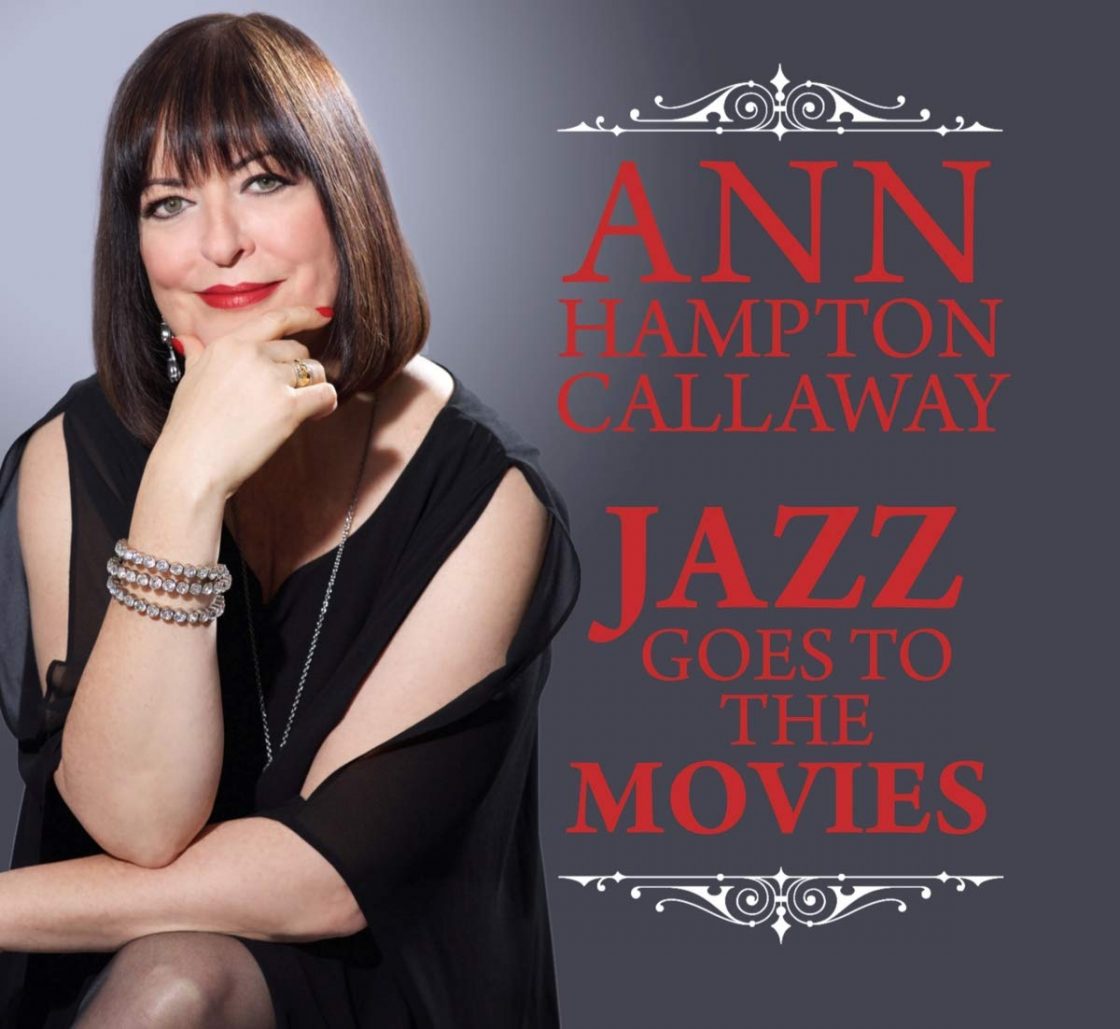 For Ann Hampton Callaway, her “Jazz Goes to the Movies” concerts are more than just misty-eyed trips down memory lane. As she explained to the audience at Vail Square on July 25, 2019, the music explores dreams, both as wish fulfillment and as a salve for a troubled world. In an 18-song, two-act show, she performed all of the standards from her recent album on Shanachie, along with three film-related songs, and an outrageous improvisation loaded with references to Vail landmarks. Although Callaway’s comments about dreams might have brought a somber feeling to the audience, Callaway lightened the atmosphere with pun-laden remarks (“Fred Astaire was so savoir, it isn’t faire!”, her love of Judy Garland attributed to her following of “Judy-ism”, and a two-part zinger reference to a current actor: “He should wear a prosciutto sweater–since he was such a ham” with a quick apology for her “rye sense of humor”.)

Backed by a stellar quartet of pianist Christian Jacob,  bassist Martin Wind, drummer Tim Horner and saxophonist Brian Scanlon, Calloway was in magnificent voice all night, delving into her contralto range for a sensuous reading of “The Way You Look Tonight” and soaring into her high register for the scat climaxes of “Taking a Chance on Love”. “The Nearness of You” was an early highlight, featuring a glorious melodic variation from Callaway, a soulful and melodic improvisation by Wind and a perfectly-constructed solo by Scanlon, built entirely on developed motives. Irving Berlin‘s “Blue Skies” opened with a touching rubato chorus by Callaway and Jacob, before jumping into a medium-up tempo in the second chorus, leading to a quote from Thelonious Monk‘s “In Walked Bud” and brief solos by Callaway and the quartet.

Callaway had her own opportunity in the movies, when Robert DeNiro invited her to appear in “The Good Shepherd“, performing Harold Arlen‘s immortal “Come Rain or Come Shine”. Callaway’s hilarious monologue told how her part grew overnight from a background vocal to an on-screen cameo. She also related her experiences meeting Matt Damon (“even more gorgeous in person”), Angelina Jolie (“she doesn’t talk, she purrs”) and DeNiro (whom she soon referred to as “Bob”). Callaway’s business cards include “optimist” amongst her talents, and her sunny rendition of “A Cockeyed Optimist” introduced this fine Rodgers and Hammerstein evergreen into the jazz repertoire.

By far, the greatest moment in the concert was Callaway’s stunning version of “Over the Rainbow”. She sang the verse a cappella before seguing into a deeply moving interpretation of the familiar melody. Here, Callaway eclipsed the original version. This was not the dreams of the teenaged Judy Garland/ Dorothy Gale, but a mature refection depicting dreams of the past as well as dreams yet to be. The audience lept to their feet at the end of the song, as it felt like the ending of the concert. However, Callaway had much more to give, including a surprising unaccompanied chorus of “La Vie en Rose”,  a swift turn on Cole Porter‘s “Just One of Those Things”,  and the aforementioned improvisation. For years, Callaway’s live performances have included these elaborate inventions based on audience suggestions, but the Vail audience gave Callaway a great challenge as she was asked to create a love song about Blanche the skiier, and Ludwig, the gigolo, who caroused at the Arrabelle Hotel in Vail until their activities were curtailed by the hotel manager, house detective and Vail Jazz Festival founder and artistic director Howard Stone.

Ann Hampton Callaway has made a remarkable development from her early days as a Broadway and Streisand-inspired singer-songwriter to a full-fledged jazz diva. As she has done with audiences all over the world, she held the Vail crowd captive with a stunning display of vocal brilliance, funny repartée, and yes, the evocation of dreams. Without any of the irony of Humphrey Bogart’s original line reading, this concert was indeed the stuff that dreams are made of.