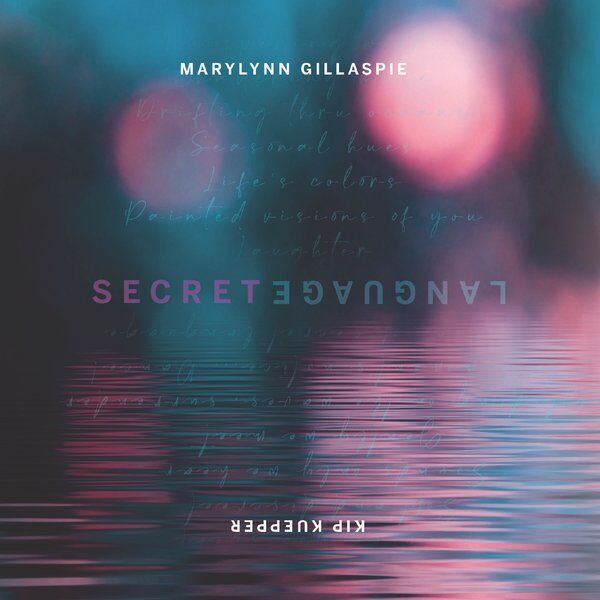 During the 1980s, MaryLynn Gillaspie was a key member of the vocal 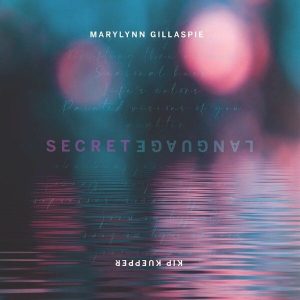 group Rare Silk. At their peak, the group was regularly mentioned as peers to Manhattan Transfer and New York Voices. Although Rare Silk did not remain together as long as those contemporaries, they created a unique body of work featuring their own sound and approach. Since then, Gillaspie has worked as a solo performer in the Denver/Boulder area, and her concert performances regularly include recreations of the Rare Silk sound. In March 2012, I reviewed one of those concerts for this site, and I noted that Gillaspie had just self-released an EP, “Starlight”. Now, a decade later, Gillaspie has returned to the recording studio to create an outstanding new album, “Secret Language”, which represents a new depth for her in repertoire and performance. I spoke with Gillaspie and her arranger/collaborator Kip Kuepper about the album’s scope and concepts.

Thomas Cunniffe: What musical goals did you have when starting the recording process, and what were your methods to realize them?

MaryLynn Gillaspie: Over the past few years, I’ve written lyrics to several jazz tunes, and I’ve never had the chance to record them. It was important to me that I had a professionally produced and mastered CD of these works. I was able to get permission from all of the composers (or their “people”) to add lyrics. Then I went to Kip because I knew that he could help me create a special album that would document these songs. And it’s not my swan song. Kip and I are already working on a new album!

Kip Kuepper: We wanted to honor the deep jazz tradition while also grabbing hold of newer material. We tried to weave everything together into a cohesive whole. For example, the opening track includes a quote from Jaco Pastorius’ “A Remark You Made” which segues into a later Weather Report song called “Can It Be Done?”, which is actually a much longer piece, but we wanted to focus on the idea of creating sounds that had never been made before.

TC: During the production of the CD, were you thinking in terms of an overall concept?

MLG: I don’t know that I’d call it a concept, but we certainly aimed for a flow of tunes. On the back of the cover, I’ve suggested that listeners play the album from beginning to end at least once, so they can appreciate the connections between the tunes. Kip came up with the idea of the miniatures, the one-minute arrangements that we dropped in between full-length tracks.

KK: Before we solidified the instrumental ensemble, we conceptualized the material. Then we added the miniatures, which allowed us to entertain ideas that are worthy of pursuing but not necessarily worth expanding beyond 60-90 seconds. We did significant pre-production on everything, and then we stepped back from our original plan, which was a cherry-picked group of songs performed with a traditional jazz rhythm section. We asked bassist Gonzalo Teppa to bring his ensemble into the studio, and they created a cohesive nucleus and foundation for the album. That’s when things really started to flow.

TC: Did you originally record the tracks with a standard jazz backing?

MLG: Yes, at the first sessions we recorded “old-school”. I sang live with the band, but I was in an isolation booth, so I could make changes to my original tracks.

KK: To my ears, many of MaryLynn’s original tracks were good enough to make it to the final album, but she continued to challenge herself to improve each track.

MLG: We hadn’t performed these pieces live, so the combo arrangements still needed to gel. We took our time with the recording process so that process could happen.

TC: It’s quite obvious that Gonzalo’s group brought new concepts to the music. Please tell me about his band.

KK: We decided to use an existing group that we both appreciated. We decided to use Gonzalo Teppa Quintet, which includes Ike Spivak on reeds, Greg Harris on vibes, Alex Heffron on guitar, Gonzalo on bass, and Andrew Wheelock on drums. Many people have compared Gonzalo’s group to the mid-80s supergroup Steps Ahead. MaryLynn was close to Gonzalo and she really liked the band and its chemistry. Gonzalo approved of the idea, and we bounced ideas off each other regarding the specifics of instrumentation. The band was on board from the beginning, and they played behind MaryLynn in the original studio sessions.

TC: From that point, how did you enhance and realize your arrangements?

KK: I had the arrangements in place before the recording sessions. Some things evolved after the basic session, but we were able to get the master takes and most of the necessary overdubs recorded on that one weekend. I added a virtual wind quintet on the miniature of “Detour Ahead”, and we built a sax soli on Pat Metheny’s tune “(It’s Just) Talk” through recordings Ike made at the original session. We used multiple bass parts on “If We Could Change”, added background vocals throughout, and I did some guitar overdubs to several of the tunes. Because of costs and the COVID factor, we had Andrew record additional percussion parts remotely from his college studio in Wyoming, and we were able to bring in the great pianist Jim Ridl through remote recordings he made on the grand piano in his New York City apartment.

TC: I’m quite fond of another piece “Orange Blossoms in Summertime”, a fine collaboration by Kurt Elling and Curtis Lundy. What brought you to this particular song?

MLG: I’ve wanted to record that song for years! When I first heard Kurt’s album, “Flirting with Twilight”, that song stood out so much that I shed a few tears over it. I wanted to write a 4-part arrangement of the section where Kurt sings in unison with the instruments. That never came to pass, and the idea sat on the shelf for quite a while. For this version, Kip encouraged me to sing my own improvised part and add harmonies to it, which was difficult because I kept wanting to change the original line. In the end, Kip wrote the harmonies. And by the way, all of the background vocals were sung by Kip and me!

KK: I backed up Rare Silk for about 3 years, and since then, I’ve had that sound in my head. Some of the harmonies on this record remind me of Rare Silk, and during the recording, I sometimes felt that I was channeling (former Rare Silk vocalist) Marguerite Jeunemann. We strived to evoke Rare Silk’s sound without imitating it. Incidentally, our version of “Detour Ahead” used a woodwind voicing that was similar to Rare Silk’s harmonic setup. It serves as our instrumental tribute to Rare Silk.

TC: It’s hard to hear the melody in that arrangement!

KK: Oh, it’s in there. It’s disguised in the same way that the melody was hidden in Rare Silk’s charts.

MLG: I sing that song solo in my live appearances. We thought about adding it in, but Kip got into his own mode on the song and took it in a different direction. I can hear the melody very clearly, but that’s probably because I know it so well.

TC: Well, your closing track, “Fly Me to the Moon” doesn’t sound like Sinatra either, but that’s OK.

KK: It changes key every two bars. The original concept was to change to a different key each time, but that sounded a little too much like a mental exercise rather than music, so we changed it so that it alternated between two keys.

MLG: Now I’ve become so used to the new version that it feels like I’m singing the original melody.