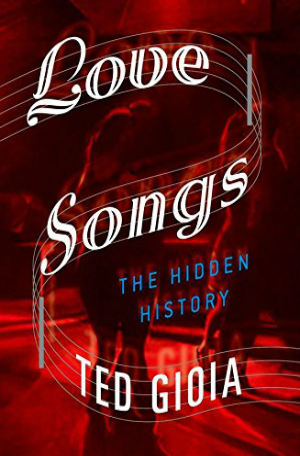 Ted Gioia is one of the most knowledgeable and prolific music historians working today. In addition to his fine book, “The History of Jazz”, he has written the definitive histories “West Coast Jazz”, “Delta Blues”, “The Jazz Standards” and the tongue-in-cheek “Birth and Death of the Cool”. Considering his focus on American music and culture, one might expect his latest book, “Love Songs: The Hidden History” (Oxford) to discuss the modern love song, tracing its history back to the mid-eighteenth century. However, Gioia has cast a much wider net, following the history of all styles of love songs back to the 23rd century BC.

Gioia credits Enheduanna, the high priestess and poetess of the Mesopotamian city of Ur, as the first poet commemorated by name in the history of literature, and notes that the hundred or so stone tablets bearing works attributed to her are the earliest examples of lyrics specifically referred to as “songs”. Many of these texts also have labels that specify musical instruments that accompanied the poems. Of course, we only have the artifacts to guide us, so we don’t know much more about these works. For example, we don’t know if the music sounded anything like what we would today identify as music, nor do we know anything about the sound or style of the voices involved. Still, Gioia makes a dramatic assertion that previous scholars were more interested in the cuneiform writing on the tablets than the logical conclusion that the poems were sung.

This pattern of repudiating the works of earlier authors repeats several times in Gioia’s book. It is an important element in Gioia’s telling of “the hidden history of music”, which he describes as “the real story of song as it has transformed the intimate lives of millions of people”. Not interested in presenting another history of “the Great Men of Music”, Gioia ends up providing a history of the Great Women of Music, noting specific instances where the Church and/or music scholars have deliberately obscured important works that may have been composed by women. Personally, I have no problem believing Gioia’s thesis that women played an essential role in the creation and development of the love song. But doing so requires accepting everything Gioia says at face value, and taking his word over that of his predecessors. I expect that several musicologists will raise specific arguments that could tear at the very fiber of Gioia’s thesis. Then again, I know from my own studies of early music that there’s a lot of guesswork involved in music history, especially in cases where we only have artifacts or written accounts for documentation.

As Gioia follows the history of the love song, he lightens his densely written text with contemporary references or (as the narrative progresses) direct examples of how the material under discussion relates to earlier developments. He discusses the life and works of the accepted pioneers of the love song—Sappho, Ovid, Abelard, and the writer of the Song of Solomon, and when he encounters other authors who started their discussions of the love song with these icons, Gioia provides compelling arguments why his version should override the others. Yet Gioia is not merely naysaying the other authors; he also has his own research to fortify his thesis. About midway through the book, Gioia discusses the multilingual songs of female Islamic slaves written and performed on the Iberian Peninsula in the ninth and tenth centuries AD. These frank, erotic songs, which were clearly written from a female perspective, were performed throughout northern Africa and Western Europe, and Gioia believes that these songs could have influenced the well-known troubadours residing in neighboring lands. As usual, there are some music scholars who have dismissed this theory, but significantly, most have not discussed or researched the subject at all. In fact, this may be the most important discovery in the book.

I’m sure that some readers, whose interests are focused on American music, might just want to skip over this early material and go right to the chapters regarding folk music, early American song, minstrels, vaudeville, blues and jazz. I would not recommend this approach. There is little information in these chapters that has not been written several times before, and as Gioia dashes through the innovations of the twentieth and twenty-first centuries, the latter portions of this 258-page book read more like a survey of love songs instead of a detailed history. I think this may be my biggest issue with “Love Songs”. I would have gladly read another 100-150 pages of text if it would have included a greater discussion of folk music (many composers, including Bartók, Kódaly, Holst, Grainger and Vaughan Williams collected folk songs, but Gioia does not acknowledge nor discuss the differences between the songs), vocal styles (more on the cross-influence of Bing Crosby, Louis Armstrong, Mildred Bailey and their contemporaries, along with a discussion of how vocal groups approached love songs) and the love song in contemporary music (while the love song might be a dying art in hip-hop or pop, long-standing performers of love songs, like Barbra Streisand and Shirley Horn deserve discussion). Gioia has given us an important, well-written (and doubtlessly controversial) history of an excellent topic. It would have been a definitive history if he would have further developed the material that he knows best.