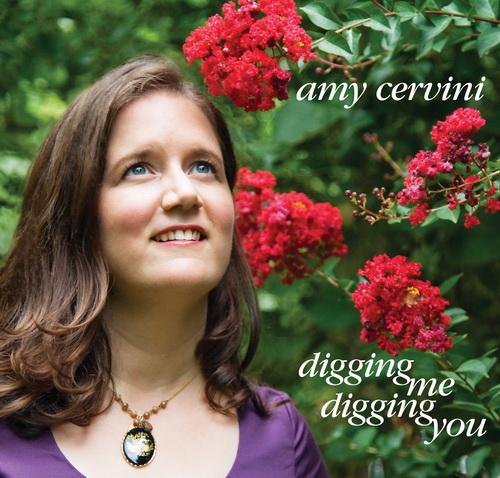 Look up Blossom Dearie in most jazz reference volumes, and you won’t find much information. One jazz encyclopedia sums up her career in two sentences, mentioning her tiny voice, hip piano and distinctive choice in songs. Obviously, there was more to Dearie than that, but like another underrated pianist/vocalist Jeri Southern, Dearie’s biggest obstacle may have been that her style was so subtle and internalized that audiences and critics suspected that there was no style at all. Yet Blossom Dearie had a specific persona, and even though she always seemed a little too hip for the room, her sharp wit was the entryway to her style. She loved to lead her audiences down the garden path and then gently push them into the poison ivy. Lorenz Hart’s lyric to “Everything I’ve Got” seems tailor-made for Dearie: the title makes us expect an all-encompassing giveaway to the object of the singer’s affections, but the lyric reveals a collection of hammer-lock holds, four-letter words and knife attacks. When Dearie sang it, she retained an innocent vocal sound, but there was no question she knew the inner meaning of the lyrics.

“Everything I’ve Got” is the opening track on Amy Cervini’s album-length tribute to Dearie, “Digging Me, Digging You”, and while Cervini’s voice has more body than Dearie’s, she has learned the lessons of the elder vocalist. Her diction is impeccable, and she communicates Hart’s lyrics by slightly darkening her sound and adding a few hesitations to the song’s rhythm (hear her delicious reading of the sinister line the perfect wrist to give your neck a twist). Dearie’s original song “I Like You, You’re Nice” follows Hart’s pattern, with an invite that sounds like a marriage proposal, but is little more than an offer of a cup of coffee. This is one of Dearie’s best-known songs, but Cervini sings it with so much warmth that we experience the song as if it  were for the first time. The album’s title comes from Dearie’s original “Hey John” (a light-hearted tribute to John Lennon) and Cervini relishes the rhythmic lilt of Dearie’s setting, singing it like an infatuated—but musically aware—teenager from the sixties. Dearie’s friends Dave Frishberg and Bob Dorough are also represented; Frishberg with a loose-limbed Latin version of “My Attorney Bernie” (on which the antics of pianist Bruce Barth and drummer Matt Wilson nearly steal the show from Cervini) and Dorough with a sumptuous version of the “Schoolhouse Rock” song “Figure Eight”, scored for 8 cellos (You’ll never believe how beautiful mathematics can be!) Cervini’s husband Oded Lev-Ari arranged all of the tracks, and maintains a light transparent ensemble sound, even when surrounding Cervini with multiple horns (I suspect Dearie would have enjoyed recording with a similar lineup). The instrumentalists, including clarinetist Anat Cohen and her trumpet-playing brother Avishai, provide excellent solos throughout, and on Cy Coleman’s “Doodlin’ Song”, the band becomes a very convincing glee club.

One commentator quipped that Blossom Dearie’s dynamic range went from soft down to very soft. Yet, it was the conversational tone of Dearie’s style that made it work so well. Cole Porter’s double-entendre lyrics to “The Physician” would be lost with the hyper-powered vocal production of today’s pop superstars. Thankfully, we have sophisticated singers like Amy Cervini that know the power of an artfully-written, sensitively-performed song. In performing these songs with grace and intimacy, Cervini is keeping the spirit of Blossom Dearie alive. You’ll like this album, it’s nice.