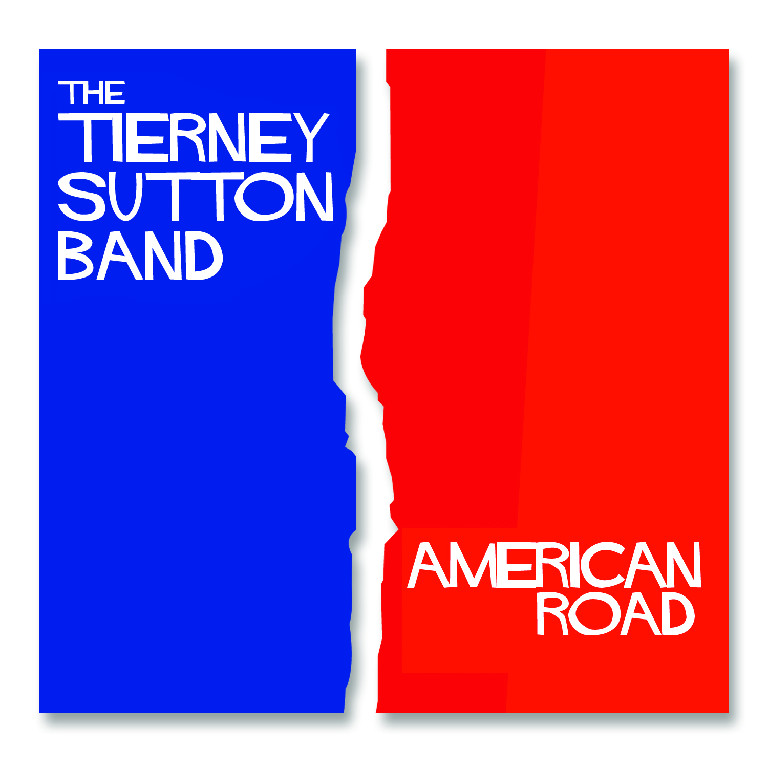 “American Road” takes all the twists and turns one expects from the unpredictable songstress, Tierney Sutton. Besides Sutton, the band consists of pianist Christian Jacob, drummer Ray Brinker, and two bassists, Trey Henry and Kevin Axt, all known for their innovative and sophisticated arrangements. Their 18-year collaboration has produced a catalog of nine extraordinary recordings. The band rang in the 2012 New Year by earning their fourth consecutive Grammy nomination in the Best Jazz Vocal Album Category for “American Road” and their first for Best Instrumental Arrangement Accompanying Vocalist, for their version of “On Broadway,” a poly-rhythmic nod to progressive rock featuring both bassists, Henry and Axt.

The band’s personal song choices weave together some of the most celebrated composers of all time in twelve American classics, including show tunes, spirituals, standards, popular music and the patriotic song, “America the Beautiful.” The journey begins with the familiar folk tune “Wayfaring Stranger” which sets the pulse immediately using a rich re-harmonization framed within a groove reminiscent of a traveling caravan. It is a clever way to begin the recording since much of the music signifies the band spending countless days and nights on the road. Sutton delights us with her beautiful wordless vocalization and gentle interpretation of the lyrics on the touching melodies of “Oh Shenandoah/The Water Is Wide” while the band carries us through both songs simultaneously. The haunting bass and wordless voice work on “Amazing Grace” was stunning. However, I would have preferred being left in the sonorous moment they created as opposed to jumping into a key change, which is a minor critique after listening to the scope of this impressive project.

One cannot deny that the long relationship of these marvelous musicians creates the magic of their provocative interactions. As a result, there is cohesiveness to the music. It is a far cry from the usual setup of a singer being backed up by a band. It’s noticeable in the seamlessness of  a collection of songs from Gershwin’s “Porgy and Bess”. Listen to the ease of how each musician breathes together inside the changes in the moody version of “Summertime’ and the cooperative emotion on the edgy vamp in “My Man’s Gone Now.” Sutton loves to take risks and she knows how to use her incredible technique to keep her intonation on target. Yet it is when her voice is most exposed and vulnerable that her deepest expression emerges. For example the track, “Tenderly,” a combination of Sutton’s pure vocal phrasing with Jacob’s masterful accompaniment is a testament to the perfection of simplicity. Sutton also knows how to effortlessly shift gears and when she does the band takes us for an off road ride with thrilling rhythmic deviations and clever key changes. On three songs from Bernstein and Sondheim’s “West Side Story,” there is an understated tempo in “Somewhere”, a foreshadowing heavy piano riff in “Something’s Coming” and the ever-so-hip and spacious version of “Cool.” Although one could compare Sutton’s voice to another instrument, such as a luscious soprano sax, her strength is in her ability to be her own voice vibrating within the textures of the novel personalities of each instrument of the band.

Finally our road excursion ends at “America the Beautiful”. Sutton told JazzTimes, “I love that it ends with ‘crown thy good with brotherhood.’ That is, for me, the part of America that makes me feel proudest.” The Tierney Sutton Band drives us through the wilderness and back to the city lights of Broadway with both sadness and joy. “American Road” imaginatively captures the spirit of our nation’s music.