Erroll Garner: The Complete “Concert by the Sea” (Columbia/Legacy 20842) 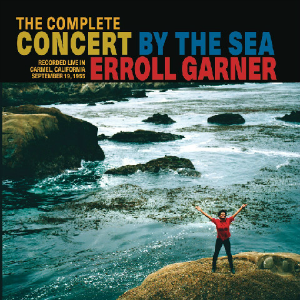 By all indications, it shouldn’t have been that special: just a run-out concert by the Erroll Garner Trio in a small California coastal town on the off-night of a nightclub engagement in San Francisco. Garner’s new bassist decided to borrow an instrument from a local military post rather than hauling his own instrument to the concert. Garner had just signed a new exclusive recording contract, but no one from Columbia saw the need to travel out to Carmel-by-the-Sea to capture the proceedings. Yet, there’s something awe-inspiring about driving down the Pacific Coast Highway, and the three musicians (plus Garner’s manager, Martha Glaser, who was presumably traveling with the group) were obviously refreshed from the sixty-mile drive on this mid-September day in 1955. When they arrived at the Sunset Auditorium, they discovered an enthusiastic and receptive audience. Thanks to an Armed Forces Radio Network DJ named Will Thornbury, the remarkable concert in Carmel was recorded, and although the recording was only intended for a single broadcast on Fort Ord’s camp radio station, it was acquired by Glaser and Columbia Records, and became one of Garner’s greatest albums, “Concert by the Sea”. To mark the 60th anniversary of the original recording, Sony Music has issued the entire performance—with 11 previously unreleased tracks—on a new 3-CD set, “The Complete Concert by the Sea”.

Thornbury had secured permission from Glaser to record and broadcast the concert, with the proviso that after the broadcast, Glaser would be given the tape. We don’t know what Glaser had originally planned to do with the recording, but after the concert, she apparently told Thornbury, “I’ll give you copies of every record Erroll ever made, but I can’t let you keep that tape”. When she flew back to New York, she reportedly held the tape on her lap throughout the entire trip. George Avakian, Garner’s A & R man at Columbia, recognized the highly inspired playing, but worried that the sound quality was too poor for a commercial LP release. Columbia’s engineers went to work, inventing new filters and boosters to bring out the sound from the master reels. They could only do so much with the existing technology, and the sound quality of the original album remained undistorted, but not well-defined. In the long run, it didn’t matter: the album was a huge success, both for its abundant artistic merit and its sales. Released in 1956, the LP had sold over a million copies by the beginning of 1958. It has never been out of print since then. In 1969, the original mono LP was replaced by a “simulated stereo” version—which, considering the limited fidelity of the master tape—didn’t really hurt the sound quality. When CDs came in, there was a digital issue which sounded little different than the LP versions. For the complete set, a new restoration and remastering job was commissioned, and for the first time, Eddie Calhoun’s bass can be heard in the mix (the sound of the piano and drums are basically the same as before—not great but acceptable.) The new box also includes Thornbury’s post-concert interviews with the musicians. In addition to preserving the musician’s positive comments about the performance and the audience, Thornbury firmly establishes the location of the concert, which has been erroneously reported as taking place at Fort Ord. (For some reason, the back story of this beloved album has been shrouded in mystery for years; the above account is my best guess after piecing together bits of the story from a number of witnesses and participants).

Erroll Garner was a prolific recording artist, and many of his albums were available—on several different labels—when “Concert by the Sea” was 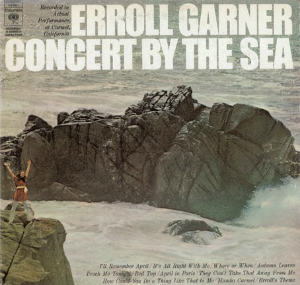 released. What made this LP stand out from the others? Certainly, Columbia’s large and powerful publicity department was able to get this album into stores and on radio stations beyond the reach of other labels, but I think that most of the album’s success derives from the music itself. Although some of Garner’s nightclub sets had been broadcast on the radio, “Concert by the Sea” was the first live Garner performance issued since 1949. In addition to the joint inspirations of the afternoon drive and the enthusiastic audience in Carmel, Garner was working with a new rhythm team: Calhoun was just starting an 11-year tenure with Garner, while Denzil Best would only remain with Garner for a short time (The Carmel concert would be his only recording with the Garner trio). Garner’s music was easily accessible to his audiences, but it wasn’t easy work to accompany him. He never announced tunes in concert, and would improvise elaborate introductions to songs. Also, since Garner was not a trained musician, he sometimes played in “difficult” keys, and forged new ways of interpreting standards (for example, Garner’s Carmel version of “I’ll Remember April” may be the only recording that treats the song as an AABA form instead of the original ABA!). Yet Calhoun and Best did not approach Garner’s music with trepidation, but embraced the fun-loving spirit that was behind it all. And I suspect that fun was a big part of Garner’s appeal. The Carmel version of “Red Top” brings many of those elements together. It has the comical—but rhythmically propulsive—way that Garner had of lagging his left hand behind his right, his sudden and brilliant use of dynamic contrasts, and his utterly delightful use of song quotes. Critics used to grumble about Garner’s unabashedly romantic ballads like “Autumn Leaves” and “April in Paris”, but Garner was simply working in the same vein as other pianists of the day, most notably his label mate, Liberace. So, “Concert by the Sea” offered much to the Garner fan: inspired performances of a wide-ranging repertoire (even the lesser-known numbers had catchy melodies), lush ballads, and a light happy atmosphere, all captured in a live setting.

The unreleased tunes simply add to the joy. The interplay between Garner’s left hand and Calhoun’s dancing bass line enlivens the opener, “Night and Day”. “Spring is Here” starts with a dramatic chorus of solo piano, and while the performance seems to calm with the entrance of bass and drums, Garner recalls the passionate style of the first chorus from time to time to maintain the performance’s focus. He treats Hoagy Carmichael’s 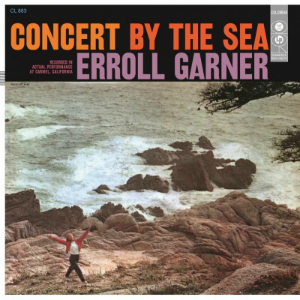 “The Nearness of You” with great tenderness as he gently moves the melody down successive octaves of the keyboard. “Sweet and Lovely” is very sexy in Garner’s hands, with an irresistible groove and a teasing coda. “Lullaby of Birdland” finds Garner toying with the “Holiday for Strings” quote which he eventually worked into “Red Top” about an hour later (and the melody of “Red Top” creeps into his solo on “S’Wonderful” later on in the show). After a few stentorian chords, “Will You Still Be Mine?” breaks into unbridled swing and a joyous Garner solo (Columbia held back items from the concert that Garner had previously recorded for the label, but this track, the lush rendition of “Laura” and the powerful version of “Caravan” that closed the concert shows that the policy should have been overridden). While most of Garner’s repertoire fell in the seemingly opposing camps of ballads and swingers, the Carmel version of “I Cover the Waterfront” hovers between the two. Somehow it always feels like Garner is ready to fall into a cascading arpeggio, and while the slow tempo would have allowed him that luxury, he lets the song gently swing instead.

Finally, I feel compelled to write about the box’s new cover photo. Columbia was neither the first nor the last record company to put pictures of pretty girls on the covers of their instrumental albums. However, the one they used for the original “Concert by the Sea” LP was quite appropriate. As Marc Myers has noted, Art Kane’s photo captures the energy and location of the music. The model appears to be frozen in motion, as if she were caught in the middle of a solitary dance. Meanwhile, the Pacific Ocean roars its approval in the background. The 1969 reissue swapped the Kane photo for a bland shot of the ocean, but here, as on the new reissue cover, the model just stands there with her arms raised. On the new photo, the ocean is so calm that algae can be seen growing on the surface. So instead of implying motion, energy and joy, it is just a static scene. Many have noted that the model in the new photo is black, but I think that the implied action (or inaction) of the photo as a whole is much more important than the color of the model’s skin. Of course, none of these issues should be a deterrent to potential buyers. After all, it’s hard not to be attracted to a remastered and restored version of one of jazz’s most beloved albums. Even if you have the old vinyl and CD editions, you’ll want to have this new version in your collection. And then you can just frame the old LP cover and hang it on the wall.