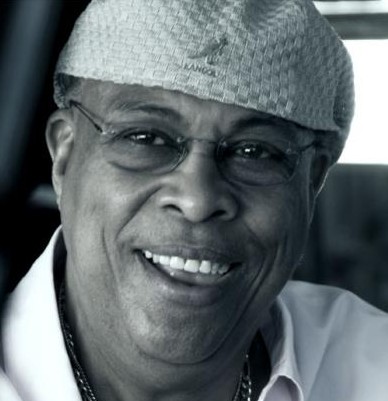 The Newman Center knows the best way to heat up a cold Valentine’s Day—with a smoking hot Latin jazz concert by Chucho Valdes. Leading his Afro-Cuban Messengers from the piano, Valdes arranged the band on the large stage of the Gates Concert Hall with horns off to stage left and percussion at center stage. The group’s name is an obvious nod to Art Blakey’s Jazz Messengers, but the name of the batá drums also translates from Yoruban into the English word “messengers”. The message extends to the Afro-Cuban influence on the genres of classical, swing, bop, blues, funk, rock and Cuban folkloric music, and it is bound together by the mind, heart and skill of Valdes and the young people he has gathered to perform this music.

Before the concert, Lynn Baker, director of jazz studies for the Lamont School of Music, and José Madera, percussionist and co-leader of the Mambo Legends Orchestra, educated listeners on the history and content of the music to be presented. Baker spoke of the interesting harmonies Valdes had displayed at a master class the previous day, then Madera told of Valdes’ liberating of the standard clave rhythms. The 70-year old maestro Valdes was not resting on past laurels, but voraciously pursuing and creating new areas in Latin jazz. Like his father Bebo Valdes, Chucho will most likely be a musical powerhouse well into his nineties.

The concert hall was full to capacity, and at the beginning of the concert, the audience was polite and attentive. But Valdes broke that barrier too, and before long, the audience was roaring with appreciation. The entire first set moved effortlessly between swing and Afro-Swing styles. The performance began with a tribute to Duke Ellington with “Satin Doll” and “In a Sentimental Mood” skillfully maneuvered with Cuban rhythmic finesse. A fiery “Caravan” stretched the boundaries of the music, including a direct extended quote from Rachmaninoff’s second piano concerto!  A sublime and bop-influenced tenor solo by Carlos Manuel Miyares Hernandez was driven by a powerful rhythm section manned by the perpetually smiling Juan Carlos Rojas Castro on drum set, Yaroldy Abreu Robles on congas, Dreiser Durruthy Bambolé on batá and hand percussion and  Lázaro Rivero Alarcón on bass.

Trumpeter Reinaldo Meilán Álvarez revealed a beautiful tone and breath control. He used an elegant amount of space in his solos, and his attentiveness to his band leader was mirrored by all of his fellow musicians. Free and creative bass solos were presented by Alarcón on both electric and double bass. Valdes’ piano solos revealed both his powerful and delicate sides. The musicians joined in applause for each other with the appreciative audience. The expressive and soulful alto vocals of Chucho’s sister, Mayra Caridad Valdes, were a special treat. A highly-regarded international performer in her own right, Mayra only sang two songs per set, but she held the audience in rapt attention, breaking hearts with her ballads. A Cuban influenced blues segment and a rousing percussion finale completed the first part of the concert.

After a short intermission, things really heated up. Here, the pushing of rhythmic boundaries in the clave, only hinted at in the first half, became more pronounced. Even so, the cultural heritage of Afro Cuban music was revealed in the vocals and batá work of Bambolé and supporting coro (chorus) by the rest of the men in the group. Passionate solos by conguero Robles and drummer Castro were contrasted by elegant answers from both horn players and outstanding piano work by Valdes. Rumba was the happy and celebratory end to the evening, with the young and versatile Bambolé acknowledging all band mates and carrying the energy into a solo rumba dance that left everyone smiling and satisfied.